Loris Baz (KRT) went fourth and was top Kawasaki rider, while the leader after the second session, Eugene Laverty (Voltcom Crescent Suzuki) was eventually fifth after not being able to set a lap time in the final session. Alex Lowes, despite a fall today, was sixth on his Voltcom Crescent Suzuki.

Chaz Davies piled the British riders into the top places by going seventh on his official Ducati.

In a shock showing, Marco Melandri (Aprilia Racing) was only 11th, just ahead of the best Evo rider Niccolo Canepa (Althea Racing Ducati).

With all of the first three qualifying sessions completed on day one, the top ten riders who go to Superpole Two by right, and the top ten who will start Superpole One, have already been decided.

There will be one free practice session on Saturday, then Superpole qualifying. 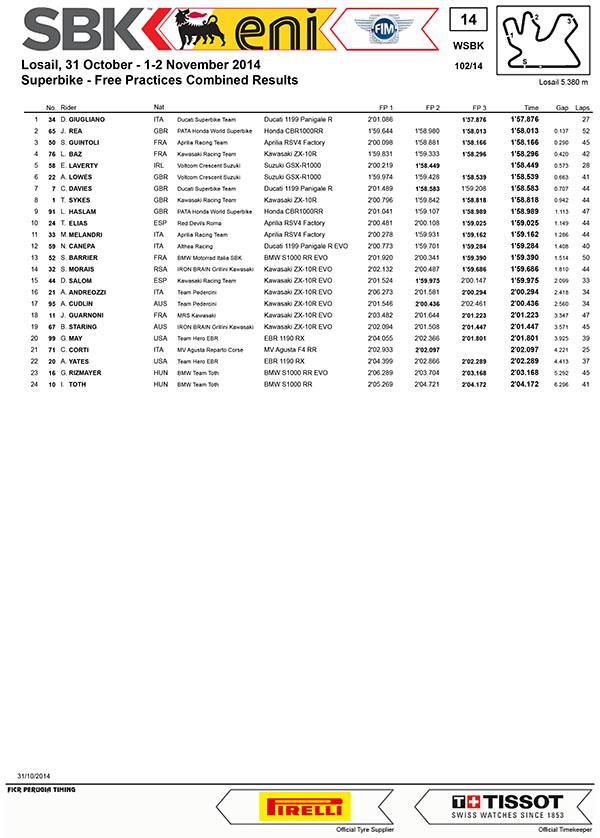