Michael van der Mark (Pata Honda) ended his first day under floodlights at Losail with the fastest practice time of all, a 2’02.206. This was already under the lap record pace, if not quite at track best so far.

After a great wildcard showing at Magny-Cours one-off rider Lucas Mahias had a great ride to second place at Losail, although almost half a second flower than van der Mark. This weekend he rides in the same DMC Panavto Yamaha squad that Kev Coghlan competes for regularly, but Coghlan ended his first day in 13th place from 23 riders.

To the surprise of some Roberto Tamburini (San Carlo Puccetti Kawasaki) slotted in third fastest of all, with his more illustrious team-mate Kenan Sofuoglu sixth. 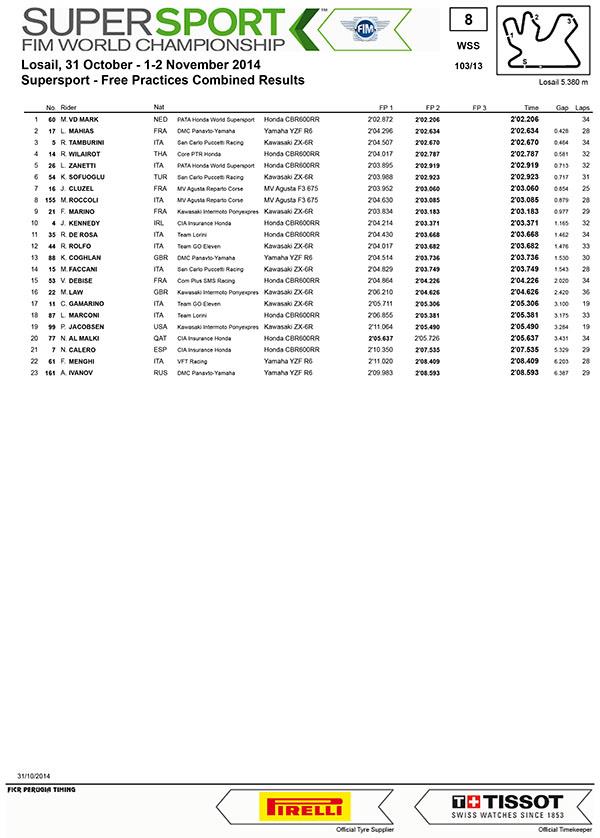