Triumph have updated their modern classics range for 2021 with new engines, improved brakes and better suspension.

The series started way back in 2001 with the return of the Bonneville and it’s grown steadily to become one of their most successful lines. In fact, in the 20 years since the bike returned Triumph have sold over 367,000 Bonnevilles. Not bad going really.

The biggest changes have come to the Bonneville T120 and T120 Black. The 1200cc engine has had a mild update to Euro5 spec for reduced emissions, but power and torque have remained exactly the same (78bhp & 77.5lb.ft).

At the same time Triumph have cut weight out of the moving parts, so it revs faster. The electronics have had a tweak too, including updates to the modes, and cruise control now comes as standard. Brakes have been improved with new Brembo calipers and a new disc set-up at the front.

Even with its improved emissions and new goodies, Triumph have managed to shave a significant 7kg off the bike.

While we’re on the bigger engine bikes, the Bobber has had a raft of updates to bring it more in line with the outgoing Bobber Black, including the 16in front wheel and twin discs up front.

Just like the engine in the Bonnie it’s been updated internally to spin up faster, but maintains the ‘Bobber tune’. Lastly the tank has grown to 12 litres (up from 9 litres), which should deliver significantly better range. With all these updates to the standard Bobber, it does mean we say farewell to the Bobber Black from the range.

The Speedmaster has also had a couple of updates including the new engine, new cartridge forks and improved seats for both pillion and rider. And it’s not just the big bikes that have been updated, the smaller 900cc models have seen a chunky power boost, too.

Just like the T120, the T100 has an updated Euro5 engine and just like the 1200cc it’s been lightened internally for a faster response. To go with that is also a 500rpm higher redline and a near 10bhp boost in power, to 63bhp. Like the bigger models it also comes with better brakes, improved suspension and it’s lost 4kg.

And what about the Scramblers we hear you ask? Come back in April when we expect to have the full info on all three models.

Triumph have dropped a teaser video for the 2021 versions of the entire Bonneville model family.

The short clip doesn’t give away much, but it looks like we will get updated versions of the Street Twin, Speed Twin, Bonneville T100, Bonneville T120, Bobber and Speedmaster on February 23, 2021.

A shot of what appears to be the handlebar and dash of a Bobber model features cruise control switchgear, which would be a welcome addition to any of the Bonnie family. 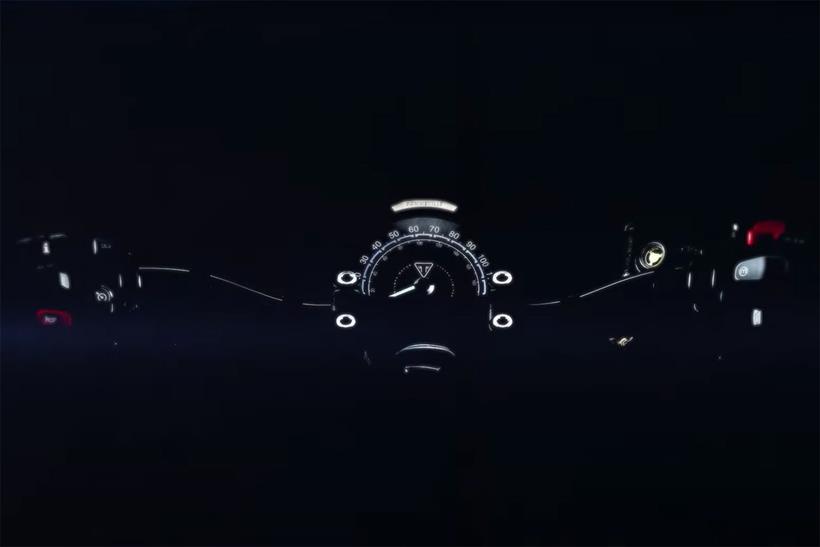