T is for Tiger: new Triumph 1200 will get T-plane crank

The new Triumph Tiger 1200 will get the T-plane crank and firing order first used in the firm’s Tiger 900. Above you can see the new bike during final testing, before we're given the chance to ride it on the launch.

The T-plane is a crank layout that offsets the engine’s firing order to contrive a longer gap between pulses from two out of the three cylinders. Triumph say this improves character and tractability at lower revs, imitating the sound and feel of a twin, without sacrificing the refinement of a triple at higher revs.

Certainly, the engine character of the Tiger 900 is markedly different to that of the 800 that preceded it with more instant grunt from low revs. The 900 also feels less likely to spin up off road than the 800.

Triumph have also revealed by process of elimination that they believe the new 1200’s closest rival is the BMW GS, "the only other shaft driven bike in the class" and so the new bike is expected to weigh in at less than 249kg wet (or 268kg if they mean the Adventure) and make more than 134bhp – although the old version already made 139bhp so this is no great revelation.

The majority of BMW GS and Triumph Tiger 1200 riders use their bikes for touring duties, commuting and a spot of light off roading rather than tearing up muddy forests or taking on the TET and so comfort and spec is likely to be more important than power and weight figures.

No matter how much Triumph say the Tiger’s closest rival is the GS, if the new bike is too extreme it’ll find itself in a power and performance arms race with the KTM 1290 Super Adventure and that’s a race it’s unlikely to win.

New Tiger on the horizon: Triumph tease suggests an all-new sharper and lighter 1200 isn’t far away

Triumph have released a teaser showing test riders riding a brand-new Tiger 1200 with the promise that the upcoming machine will be the "new ultimate large capacity adventure ride".

We’ve known a new Tiger has been on the way for some time – there were spyshots of one being tested last year – but this is the first time Triumph have admitted to the new bike publicly.

As well as showing the bike doing its thing off-road, Triumph have also made bold claims about the new machine, including that not only will it be more powerful but that it’s "significantly lighter than its closest competition".

Clearly this doesn’t give away how light the bike will be because it depends on what Triumph have decided its closest competition is, but we’d expect a serious drop in weight (think 30kg+) from the 248kg (dry) of the old XCA.

So what can we see that’s new about the bike from the testing photos? Virtually everything. One look at the engine cases and it’s clear there’s a new engine. The whole body of the engine, including the barrels, are much more compact and the exhaust headers sit far lower than they do on the old model. 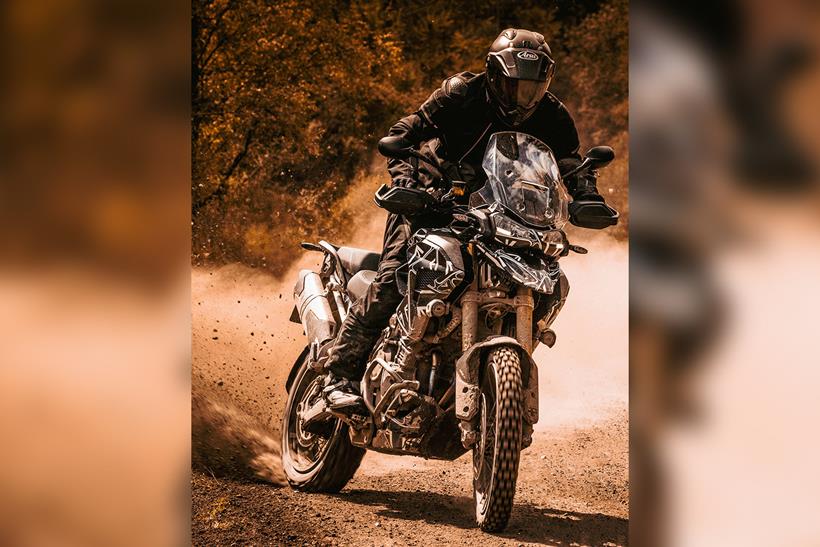 The bevel drive for the gearbox output appears to be closer in and higher up, suggesting there has been work on the gearbox, too. Capacity is expected to remain the same but the peak power is likely to creep over 150bhp.

The model in the photos appears to be what was known as the XCA but it will likely be renamed Rally to match the 900. Given the bike’s off-road intentions, Triumph have ditched the 19/17in wheels in favour of 21/18in for better handling on tricky terrain, however the 19/17in version will likely remain as the GT.

Paired with these wheel changes are new suspension units front and rear – the remote reservoir which sits under the subframe looks like the ZF unit found on BMW’s ESA-enabled F850GS.

The other big change comes at the rear of the bike. While the shaft drive remains, it’s been completely redesigned. Triumph have ditched the old Tiger 1200’s single-sided swingarm in favour of a more conventional twin-spar design, resulting in a considerably slimmed-down bevel box.

We’re expecting Triumph to gradually drip-feed information over the coming weeks and months, with a full reveal in the autumn in time for the bike to hit dealerships a few months later. 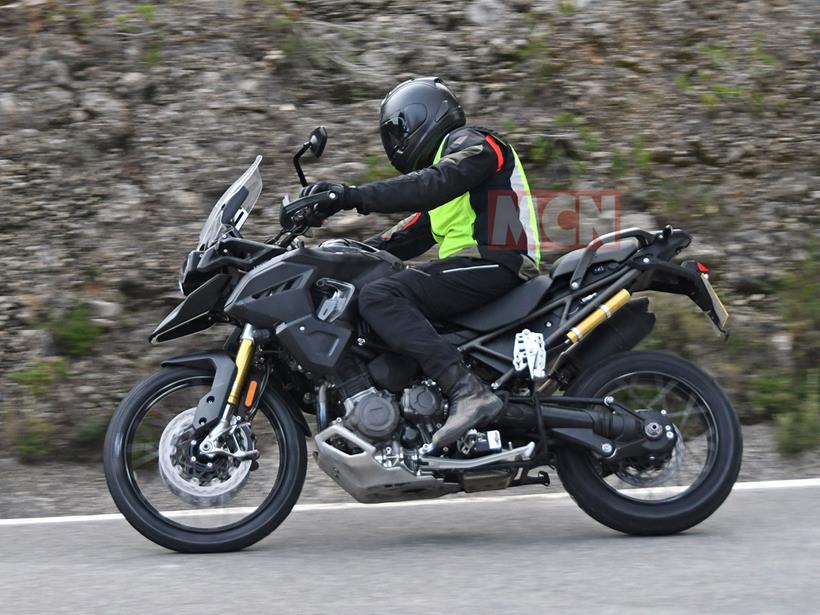 This is our first look at the 2021 Triumph Tiger 1200. With the new Tiger 900 seriously impressing on the launch, these spy pics suggest Triumph are planning to pull the same trick with the larger 1200. Overall the bike is sleeker, slimmer and has much more off-road potential. But like all things Triumph, the story really starts with that big triple.

Looking at the engine cases it’s clear there’s a new engine in play, but it’s much more than a small refresh. The whole body of the engine, including the barrels, is much more compact and the exhaust headers sit far lower than on the old model.

The bevel drive for the gearbox output appears to be closer in and higher up, suggesting there has been work on the gearbox to make it more compact also. We’d expect the engine capacity to remain around 1200cc (although it will likely creep up a little to offset Euro5 losses). The chassis has had big changes, too.

For a start this new model, which we assume will be the top of the range off-road XCa – likely renamed Rally like the 900, now sports a set of 21/18" wheels shod with skinny rubber.

Not only do the larger wheels help with off-road riding, it also opens up availability for more off-road focused rubber - though the cross-spoked wheels still enable fitment of road going tubeless tyres. 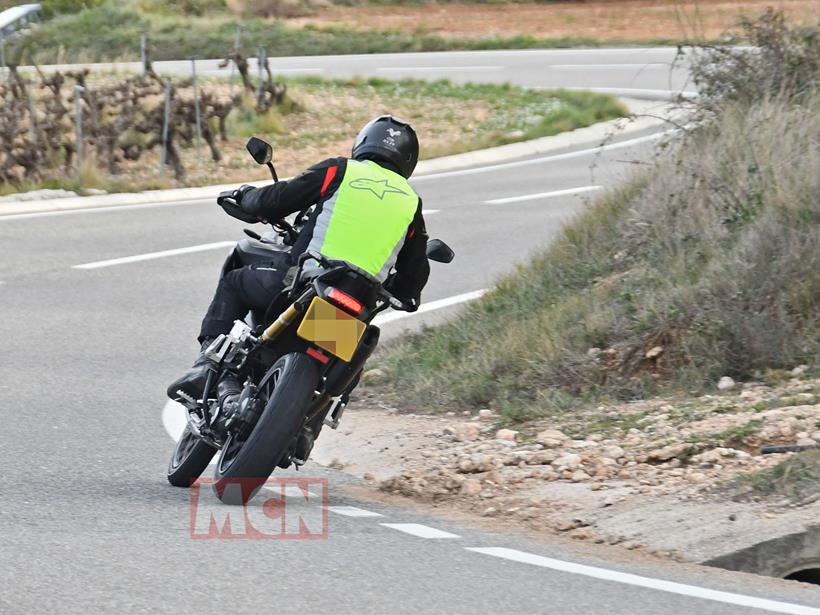 Paired with these wheel changes are new suspension units front and rear. The current model uses WP, however we expect a move over to Showa just like the 900 range. To make room for the big front wheel and long travel suspension, Triumph have also binned the large single radiator in favour of two smaller ones tucked into the bodywork either side of the tank.

The other big change comes at the rear of the bike and while the shaft drive remains it’s been completely redesigned. Triumph have also ditched the single-sided swingarm in favour of a more conventional design, resulting in a considerably slimmed down bevel box. The rear brake has now also switched to the other side of the wheel.

The net result of all these changes ought to be a considerable drop in weight. While the old model was an excellent machine, it was heavy in comparison to the competition, which made it unwieldy off-road.

As well as this off-road focused Rally model, we expect there will also be a more road focused GT model, too. We also reckon Triumph to unveil the new 1200 range towards the end of the year, before the January 2021 deadline for Euro5 models.