Norton have provided expertise, data and a brand new superbike frame to students at WMG, part of the University of Warwick, to help them in their research into electric motorcycles.

There are 13 students involved in the project, made up of first to final year students, who have been assisted by fellow academics, engineers and researchers at WMG. They have also been given input and technical guidance by Norton’s own engineers on how best to adapt the frame for their electric superbike.

The result of their work is the development of a complete electric powertrain, which when combined with the frame has enabled them to build a TT capable machine they have dubbed the 'Frontier'. The drive designed to work in the Norton frame is rated at 201bhp and a whopping 295ftlbs of torque.

There’s no weight figure but the team say that the performance of the bike is roughly inline with what you would expect from a modern 1000cc superbike.

The motor itself is powered by an 'immersion-cooled' battery pack, which is a first of its kind use in a motorcycle. The battery has a capacity of 16kWh, with the students saying clever heat management should enable them to maximise the range while also allowing for the sudden current peaks required of an electric race bike.

"Ever since we started the Warwick Moto project, the overall goal has always been around learning and enhancing our engineering experience," says Aman Surana, Chief Engineer of the Warwick Moto team.

"We have gained practical experience in our research that is required to deliver a real-world project, along with balancing considerations such as tight budgets and deadlines, while learning logistics and everything around delivering an industry project."

Despite working outside of the learning for their degrees, the students have accomplished all this work in just seven months. They’ve also been able to make use of new techniques developed at WMG, including a laser welded battery case, which they say is easily repeatable and has potential for mass production.

"We are thrilled to be able to support the engineers of the future, who are developing tomorrow’s technology today, on the basis of a Norton frame," says Dr Robert Hentschel, CEO of Norton Motorcycles.

"Our support by means of donation of the frame is just the beginning. Norton’s team of designers and engineers have been very interested to observe how this project is taking shape, supporting the student team wherever possible with advice and guidance."

This project is owned and run by WMG and has no bearing on the current situation between Norton V4 SS owners and TVS.

If you’ve been working from home during the coronavirus pandemic, then chances are you’ve had a video call meeting for just about every reason possible.

Working on group projects, planning for future events, or even just catching up with colleagues, what many of us won’t have done is use the conferencing software to help develop vital experimental chassis components for an electric superbike, destined to compete at the 2022 Isle of Man TT races.

That’s exactly what some students at the University of Warwick have done; taking the dimensions of a Honda Fireblade subframe and creating a carbon fibre and aluminium trellis alternative, which they claim is 1.5kg lighter, but also stiffer. 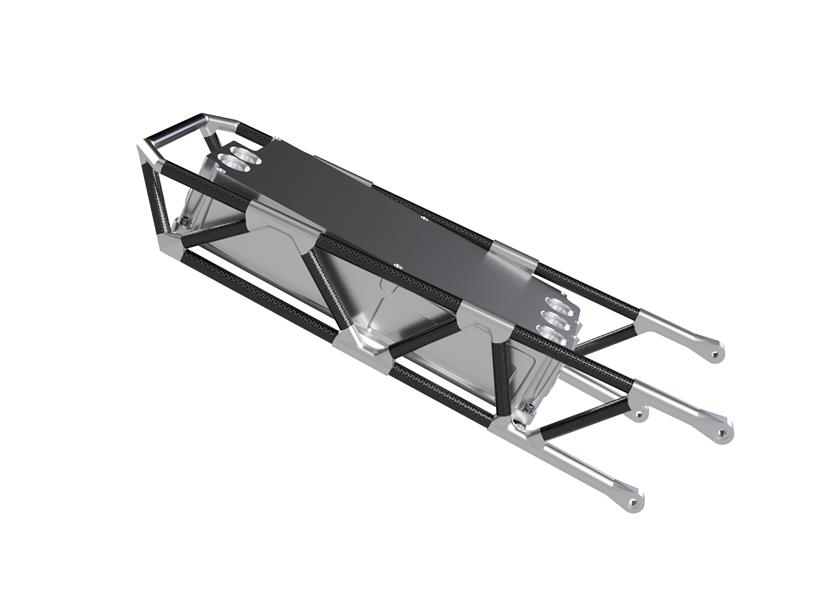 The specialist chassis part is for an electric racer called the Aurora, which is based on a 2009 CBR1000RR superbike and is being developed by 25 students from a range of departments at the university, known collectively as Warwick Moto.

Speaking about the design, Chief Engineer for the team, Aman Surana, said: "We wanted to make the most out of lockdown and try to use this setback as an opportunity to enhance the bike instead. The team’s design intent was to create something simple, easy to assemble and the ability to be built off-site.

"The current global situation demands for concepts that can be built while maintaining social distancing, this new design helps us achieve that as it can be put together by a single person. As a result, we can utilise workshop time for other critical activities."

Having taken measurements before the Covid-19 lockdown, this latest project has been overseen by two first year engineering students; Nesta Ferguson and Aneesh Jois, who have then discussed its potential strengths and weaknesses with the rest of the team over video chat.

A vital component of the chassis, the design will need to work in tandem with the standard aluminium Fireblade frame to cope with the claimed 201.2bhp and 295.2ftlb of torque produced by the electric motor. Alongside coping with the performance, the subframe will also house the inverter for the motor, plus some lower voltage parts.

With no plans of racing on the immediate horizon, the team say they are still hoping to test the bike this coming winter with their rider, Tom Weeden, as well as potentially competing against fellow university superbike projects early next year. 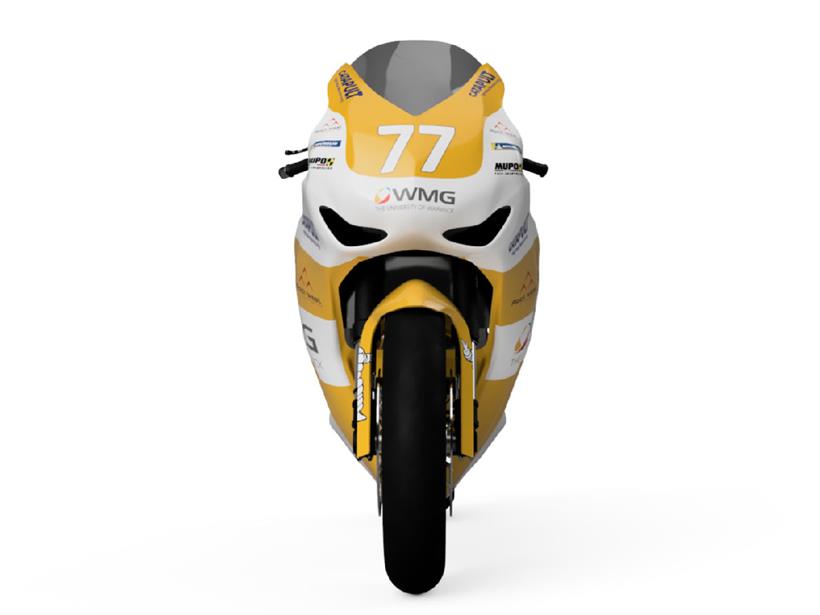 A group of 25 students from the University of Warwick are gunning for podium success in the 2022 Isle of Man TT Zero race with their new Warwick Moto Aurora electric superbike.

Set to be piloted by road racer, Tom Weeden, the Aurora is based on a 2009 RR8 model Honda Fireblade, however the 175bhp, 999cc four-cylinder engine has been replaced with an oil-cooled 17kWh battery and an electric powertrain producing a claimed 201.2bhp and an incredible 295.2ftlb of torque.

Alongside replacing the motor, the 260kg superbike also gets a new carbon fibre subframe and repositioned radiator to maximise cooling. The overall range will differ between tracks, however the team say it will be able to complete 37.73-miles of Isle of Man circuit at speed, with tests showing a predicted overall range of around 100 miles.

School of Engineering student, Aman Surana, is managing the Warwick Moto team and said: "We have tried our best to design a bike that is performance oriented but is also a learning platform for us as students.

"With the TT cancellation and our racing and testing plans impacted with Covid-19, our focus has been to make strategic decisions that align with our long-term objectives and ensures future teams have something to work with."

The project has seen students from a variety of departments within the university working together, including the School of Engineering, Computer Science, Physics, Law and Maths. Support has also been shown by Warwick Manufacturing Group (WMG) who work with companies across the globe on engineering projects to provide a hands-on university education. 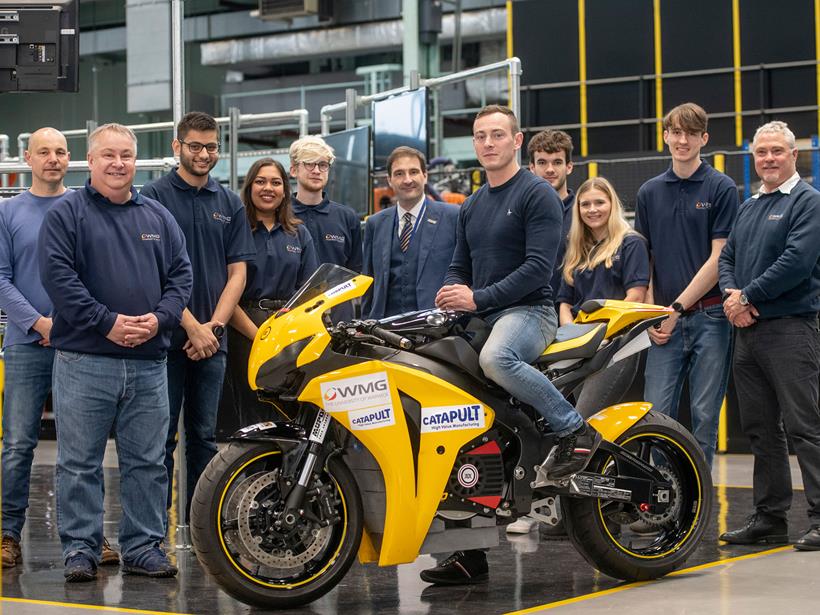 Much of the recent inhouse development has had to take place at home, due to coronavirus, however the team have also worked with the likes of Mupo Race Suspension and Michelin, with the bike appearing to be running Power Cup 2s – the same as KTM’s latest 890 Duke R. The team are now looking to raise £1000 via donations and sponsors through their Just Giving page.

"It’s been one of our goals to design a vehicle around a rider rather than converting a vehicle to suit a rider," Aman continued.

"Tom Weeden, our rider has been involved throughout this design process where we have sought his opinions and view on various characteristics of the bike and tried to implement them where possible. We cannot wait to get back in the workshop, action on our designs and go testing with Tom later this year!"

Following ten years of competition, it was announced last year that both the 2020 and 2021 TT Zero races would be cancelled. This was done in a bid to help develop and expand the one-lap-class, prior to its return. How that will look remains to be seen.

University of Warwick develop electric superbike based on a Fireblade 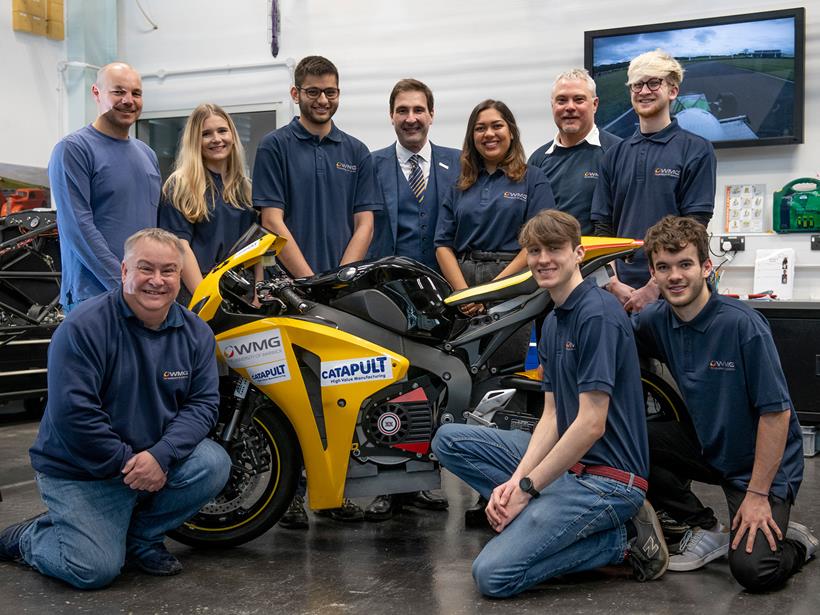 Students from the University of Warwick are building an electric superbike to race at events this summer with an eye on the TT Zero when the category returns in 2022.

School of Engineering student, Aman Surana, who is managing the Warwick Moto team said: "The reason why I’m doing engineering is because of my interest in motorsports, be it four wheels or two. More than theory and the principles behind engineering concepts, it’s about the practical experience and finding real solutions rather than just what works on paper."

To ride the bike in testing and races, the team have enlisted the help of experienced roads racer, Tom Weeden. "I’m over the moon to be signing to ride the Warwick Moto electric bike in 2020 and hopefully beyond," he said. 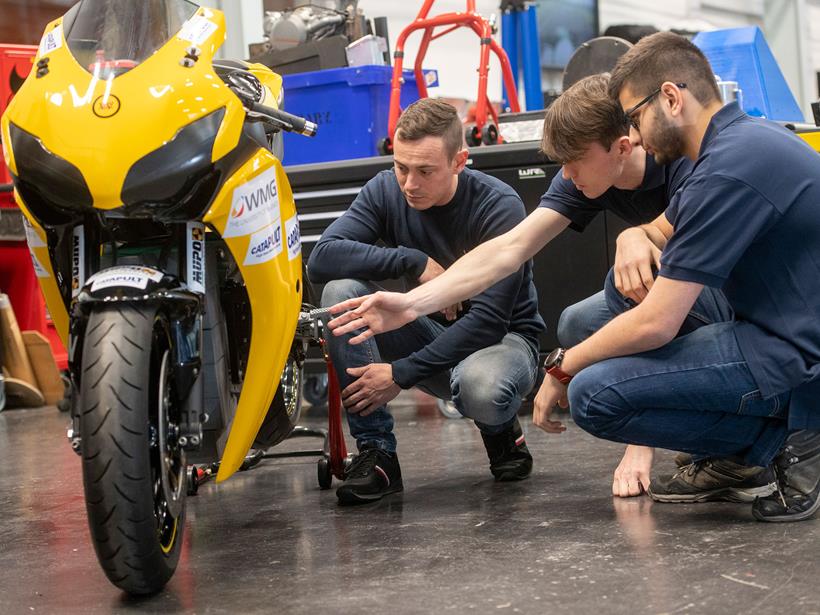 "The electric class is something I’ve been interested in and keen to be involved in for some time now. I’m looking forward to working with the students to develop a package that we can build for the future. Hopefully one day we can go to the TT and take it to the big budget teams.

"The passion these guys have is truly inspiring and I’m looking forward to learning more about how the technology works and adapting my riding to suit the different characteristics of the electric motor.

"I’ve ridden my brothers electric trials bike for the past few years and I know just how much torque and instant linear power these bikes can produce. The bike is based on the Honda Fireblade which has a brilliant handling chassis so should be an awesome platform to build from. Fingers crossed we can bring the budget that this team deserve to put together and develop the technology of the future!"

A prototype of the bike should be ready for testing by March before racing at events over the summer. The TT Zero has been shelved for the 2020-2021 seasons but, the team are looking for a podium at the 2022 event.