Hot from the continent comes the Verge TS – a hubless electric bike that could change the way we think about motorcycle design.

Verge are a Finnish company, previously known as RMK (see below), who have been working on a hubless drive electric bike for some time. The first prototype they unveiled was the E2 but this TS is a fully working test mule with over 6000 miles to its name on public roads.

The hubless setup in the TS is both simple and very complex. The centre part of the system is supported by the swingarm, while the outer part rotates around it as if on tracks. When fed power by the motor the electromagnets in the rim repel each other, causing the outer portion of the rim to turn and drive the bike forward.

The only disadvantage to the system is that it requires a wide rim and thus very wide rear tyre, to fit in all the required gubbins.

Because there’s no chain, belt or gearbox to sap power, Verge say it’s a hugely efficient way of propelling the bike and changing the tyre is no harder than on any other design.

In fact it’s so efficient that the hubless motor is able to generate 107bhp and an utterly insane 737lb.ft of torque.

There’s no official figure of the rating of the batteries, as Verge are still finalising the spec but testing has shown around 180 miles of city riding and 120 miles on the motorway.

The batteries are housed inside an alloy frame with the rest of the componentry as top notch as you’d expect, including Öhlins suspension, Brembo brakes and BST wheels. The 'dash' as you know it is a full-colour TFT unit embedded in the top of the tank. The finished weight of the machine is expected to be around 225kg.

Charging the TS is nifty too, with the option of using either the onboard charger or a DC CCS unit. Using the onboard AC system will refill the TS in a hair over four hours, while a DC charge will top it off in just 40 minutes.

If you’re pushed for time, 15 minutes on a DC charger will add 60 miles to the range – perfect for coffee stops.

The TS will retail for €24,999 (approx. £21,468) with deliveries expected next year. Keep your eyes peeled for a first test of this pioneering electric soon.

Finnish firm RMK are going to reveal a production-ready version of their E2 electric motorbike in Milan at the Eicma show in November.

It's set to launch with the unusual hubless rear drive system that caused so many raised eyebrows when we first clapped eyes on the concept. In fact, the whole design is pretty similar. 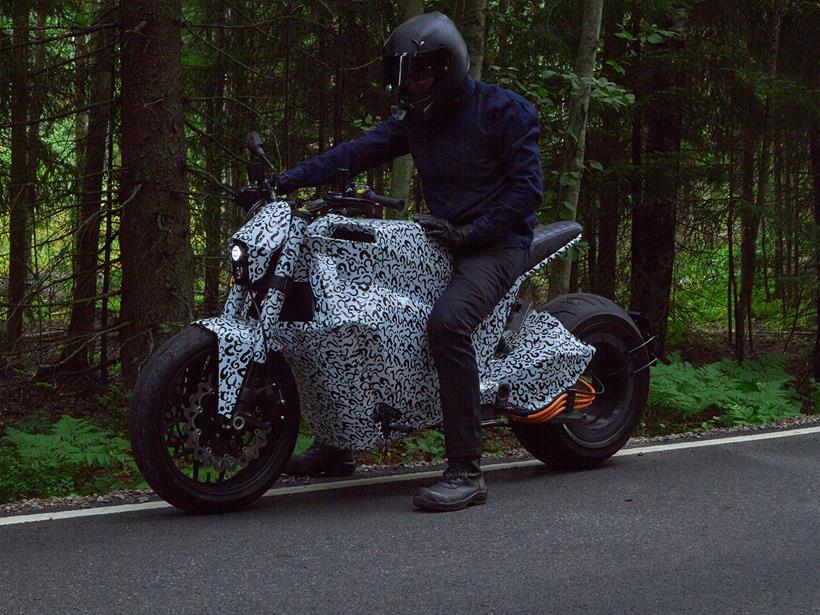 Full specifications have yet to be announced, but we’re told they’ll be better than previously revealed on the concept, so expect a 100mph+ top speed, at least 150 miles per charge and an 80% battery top-up in two hours or less.

We’re promised more teasers on the run-up to the show, so keep an eye on this page as more information arrives. We're also hoping for an early test ride, so keep an eye out for a full RMK R2 review coming soon... 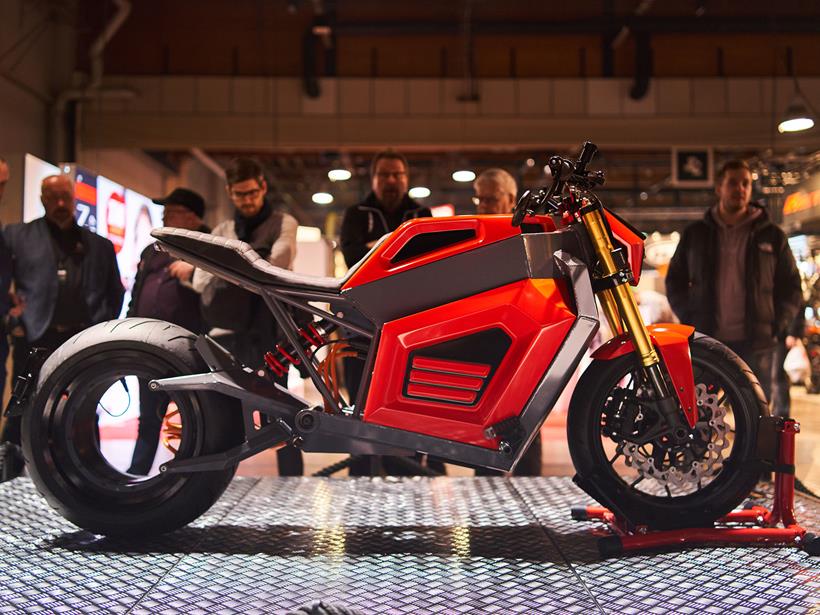 A funky, Finnish-built electric bike is undergoing final tests before going on sale early in 2020.

The RMK E2 has a unique hubless rear wheel with the motor driving the rim. Power is fed to the back wheel by three cables, which has helped the firm keep the weight down to a sensible 200kg. It’s claimed to make 67bhp and be capable of hitting 100mph.

The company also says the bike will cover 120-150 miles on one charge with an 80% re-charge taking just two hours.

The hubless rear wheel also offers regenerative braking which helps recharge the battery while riding. The left hand lever operates the back brake, while the right lever activates a conventional twin-disc stopper on the front wheel.

The RMK E2 is also kitted out with sparse, modern bodywork and comes with a futuristic, Tesla-like digital instrument cluster with built-in navigation mounted on top of its ‘tank’.

Orders are being taken now for the £24,000 machine and MCN expects to see it at the major European motorcycle show in Milan this November. The company says it aims to be making 4000 bikes a year by 2025 and also says it will distribute bikes in the UK next, although details are still being finalised.

Hubless technology on the Verge TS