Yamaha have released a special edition of their Ténéré 700 featuring an ‘80s rally-inspired paintjob. The Ténéré 700 Rally Edition takes its styling cues from the Yamaha race bikes ridden by Serge Bacou and Jean-Claude Olivier in the Paris Dakar featuring blue and yellow paint alongside the iconic Yamaha speedblock graphics.

You also get a few bits and pieces from the Yamaha parts catalogue, including an upgraded skidplate, Akrapovic end can, rally seat and guards for the chain and radiator.

The indicators have been upgraded to sleeker LED flashers and tank pad grips and off-road handlebar grips come as standard. The bike will be available from July 2020 but there’s no word yet on price.

First published on May 13, 2019 by Richard Newland

Ahead of the launch, in May 2019 Yamaha announced some accessory packs and a summer demo tour for the 2019 Ténéré 700 adventure bike.

As a nod to the fact that riders may choose to use their 700 in a variety of ways, you could order the Explorer Pack, which included 72 litres of extra storage from lockable aluminium side cases, a main stand to keep the bike secure parked up, a 33% thicker skidplate and a mono seat rack for even more carrying capacity.

In addition to the above, Yamaha threw on a demo tour in certain European countries, and the UK is one of those. The tour starts in June and runs through July, but sadly there's no word on the precise dates or venues for the UK legs at this point. We will update this page when that information is available.

Order books for the Yamaha Ténéré 700 opened in March 2019. The first bikes will be delivered to customers in July at a special introductory price of £8399 (the normal price will be £8699). The online-only price will be available between March 27 and July 31, when the ordering system closes.

The Ténéré 700 could be the most important new adventure bike of 2019. Of course, it isn’t as advanced, powerful, sexy or sophisticated as the latest crop of superbikes-on-stilts, but it will be very capable and far more accessible – bringing genuine lightweight adventure ability to the masses in terms of rideability and affordability.

The globe-trotting adventures of the T7 concept bikes have given us two years of Ténéré 700 teasing – and it’s interesting that the production bike has arrived in a much more committed state than the first prototype spied by MCN almost two years ago. The implication is that while it might have started life an MT-07 ‘soft-roader’, the market’s preoccupation with authentic adventure ability has demanded more. And that’s good news.

The power in the package comes from the MT-07’s CP2 689cc parallel-twin, wrapped in an all-new chassis, and rolling on proper off-road rim sizes (21in front, 18in rear). The engine should be a solid partner off-road, with dedicated fuel maps for its new dual-purpose life meaning a broad spread of torque, and plenty of power for road or the loose stuff. There’s also been gearbox tweaks to suit its new purpose. Yamaha say the combination of good fuel economy and a 16-litre tank capacity will give a real-world 215-mile+ range between fuel stops.

The all-new frame is a tubular steel double cradle, designed just for the Ténéré, which Yamaha say offers enough flexibility for good road manners, as well as finding traction in the rough stuff. The one odd decision is that the subframe is welded to the main chassis spars, meaning a relatively light off-road smack could write the frame off.

The striking new face is dominated by the quad-led headlamps nestling behind the tall screen, which also protects the new all-LCD dash tower (showing speed, rpm, fuel level and range, trips and more), above which sits a very useful bar for bolting all your navigational needs to.

There’s a 43mm inverted fork up front, offering full damping adjustment and 210mm of travel, while the rear gets a remote preload-adjustable link-type monoshock giving 200mm of travel for its aluminium swingarm. Braking is courtesy of Brembo, with 282mm discs up front, and a 245mm one at the rear, equipped with switchable ABS (which can be disabled for off-road).

Globetrotter, adventurer and long-distance record-breaker Nick Sanders has been one of the fortunate few to get his hands on Yamaha’s new Ténéré 700 prototype.

Ahead of its world launch, the seasoned globetrotter gave MCN an insight into what we can expect.

"I’ve been riding the prototype as part of Yamaha’s World Raid, which has seen the bike ridden all over the globe," Sanders said. "I’ve ridden it around the mountain passes near my home in Wales and it’s great.

"Everyone has been asking me ‘is it genuinely a dual-purpose bike?’ and, yes, it is. Think of it a little like a smoother, more refined version of the XT660 single because of its 700cc parallel twin engine. A lot of bikes claim to be dual-purpose but they’re not really; they’re too heavy and hard to ride. But the 700 is very capable, easy to ride and nicely balanced. 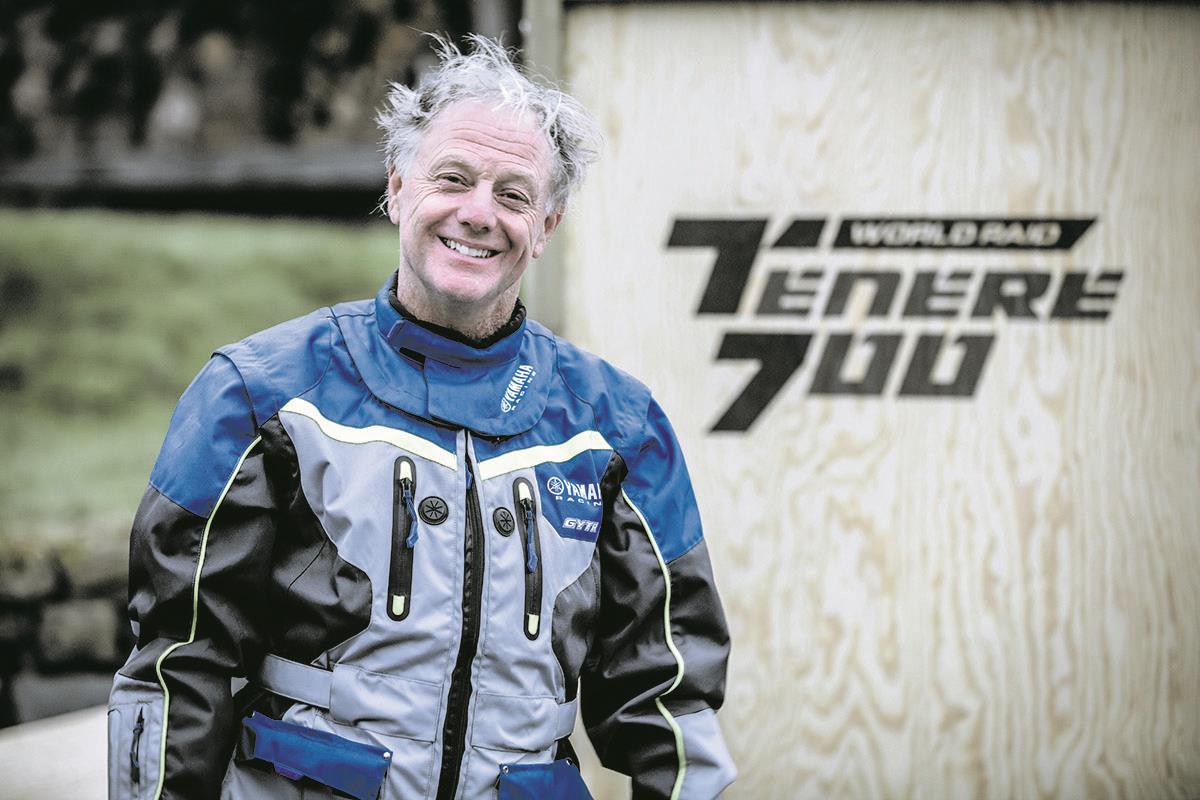 "It’s a good road bike, too," he continued. "It’s got plenty of power to get up to speed, it’s also stable and pretty economical. It’s not intimidating, either. I’m not a particularly tall guy but I handled it fine and the finished production bike will be lower still. Compared to most modern adventure bikes the Ténéré 700 is slimmer and lighter, which makes it more agile.

"I have got a few ideas about where I could take it, we just need to work out some luggage plans now but you know me; all I need is a bag and I’m on my way."